Chrome users can still enjoy the old Twitter by using the extension InstaTwit. Read more about it in this post of Techatlast.

Anyways, the good news is that Twitter has added its own Instagram-like filters in its Android and iOS apps. Twitter users were in deep shock on not viewing the Instagram photos in their Twitter feed. The Instagram’s integration with Twitter is now no more and when it was announced, experts predicted that Twitter may see down curve of popularity, in the next coming days; but before this happens, Twitter has announced its own Instagram-like filters and it’s a complete tit-for-tat action. 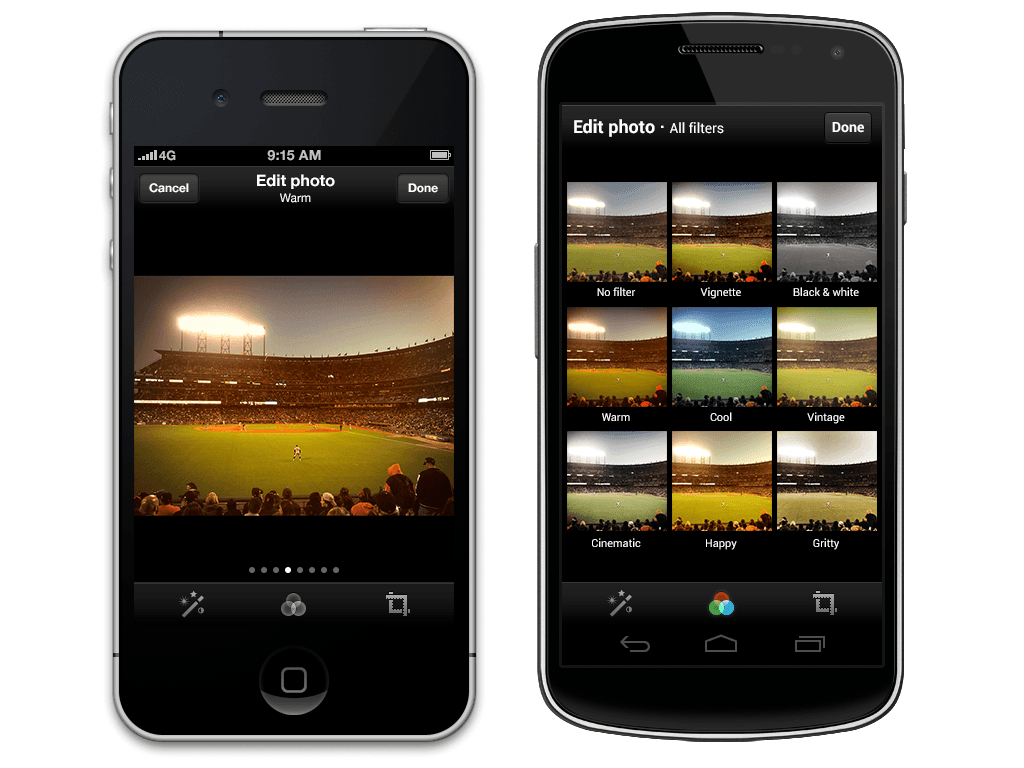 Twitter posted about the inclusion of new feature in its Android and iOS apps, in a blog post and stated that now users would be able to edit and share the images, while on the go. Twitter has added 8 filters in its Android and iOS apps, and the filters are Instagram-like filters. These include desaturated, high contrast and black and white. Moreover, auto-adjust and cropping options are also included via this update. Of course, one wants to check how a particular filter looks, before applying it on any photo. Selecting each filter and previewing the same is a damn tough task. Well, Twitter has included a solution for it as well. Grid View lets you see that how the filters will look like, at once.

It may be noted that the new filters that Twitter has included in its Android and iOS apps, are not designed by Twitter itself, but by the photo editing service Aviary. This is the same service that handles the edits for photo sharing website Flickr and popular app Twitpic. If the Instagram is popular now, then it’s due to such photo filters only. All these filters of Instagram and especially the Retro one, have brought too much popularity for this photo-sharing app and have rewarded it with 150 million users’ mark.

Instagram also released an app update Yesterday. The updated version has got new-grid, Black and White filter and a completely fresh interface. Seems like both want to extend their user base. Right?

yes, it seems tit for tat, as facebook have owned instagram, so now this situation will remain between fb and twitter like a battle for top position in social world. but twitter can not beat fb because its not providing that fb is providing.

You seem to understand well what is going on in the trend. Its going to turnout to be like Apple Vs Samsung.

yes, it seems tit for tat, as facebook have owned instagram, so now this situation will remain between fb and twitter like a battle for top position in social world. but twitter can not beat fb because its not providing that fb is providing.