Technology is advancing—generating employment, creating prospects never conceived of before, and ushering humanity into an era of a more connected, more secure world—yet the tale of the Uighur Muslim minority in China narrates an account of an ominous reign of mass surveillance, powered by AI (artificial intelligence).

What happens when a tool designed to safeguard the society and aid law enforcement puts a crosshair on ethnic minorities? The Uighur Muslims of the Xinjiang region of China would know—unfortunately not many are around to make a statement.

Life Under the Lens: A Look Inside China’s AI-assisted Surveillance Empire

The People’s Republic of China has emerged as the world leader in facial and biometric recognition technology that promises a safer, faster, and healthier world tomorrow—but at what cost?

In the December of 2020, the Guardian reported that e-commerce giant Alibaba Group ‘offered clients facial recognition’ to identify Uighur Muslims, an ethnic minority group in China. The Wall Street Journal reported the United States government has reason to believe that China is ‘committing genocide’ against Uighur Muslims.

American video surveillance research firm IPVM’s report published in mid-December revealed that Alibaba’s proprietary Cloud Shield moderation service contains filters that “detects and recognizes text, pictures, videos, and voices containing pornography, politics, violent terrorism, advertisements, and spam, and provides verification” and is adept in performing tasks such as the determination of a subject’s ethnicity—including determining if the subject is of Uighur descent.

Former U.S. Secretary of State, Mike Pompeo said in a statement that the State Department possessed ‘exhaustive documentation’ of China’s human rights violations against not only the Uighurs but also Kazakhs, Kyrgyz, and other minority ethnic groups in the Xinjiang region.

In the hands of an authoritarian regime, artificial intelligence being used as a tool to subjugate humanity stands against the very principle of its conception—to aid humankind and build a better, more harmonious world.

ALSO READ: When Trends and Technology Collide: A Definitive Guide For The Year

The AI equation is not as simple as it may seem. One might ask—how can a pile of data be a detriment to peace? The algorithm is not conscious, so how can it have malicious intent?

Machine learning and artificial intelligence algorithms are known to inherit biases that humans exhibit, and when left unchecked and abused, can exacerbate the state of society and the order of the world.

A 2019 study by the National Institute of Standards and Technology underlined a key flaw in AI-powered facial recognition algorithms, concluding the systems involved in the study falsely identified Asian and African-American cases 10-100 times more when compared with Caucasian subjects, an alarmingly large number of erroneous deductions.

The phenomenon, referred to as AI bias or algorithm bias is notoriously commonplace; occurring as the algorithm imbibes systemic prejudices made through erroneous assumptions that are fed to its database while training a machine-learning algorithm.

A tool is only as good as the hands that wield it.

When we hear of the way an international superpower is harnessing AI to develop a hyper-surveillance system to monitor and persecute some of its people and subject the rest to live a life under the lens, we are compelled to reconsider its place in the world.

The Uighur detainment and mass subjugation in China has provided testimony to the fact that as long as technology exists, so will those who seek to weaponize it.

Closed-circuit television, or CCTV, cameras produce either still or video images for surveillance. That’s something just about anyone who watches crime shows would know, but how does one go about choosing a surveillance camera for a home? These systems are complex, but not difficult to master.

Cameras can be analog or digital. It is critical to know the difference because they use different types of storage medium. 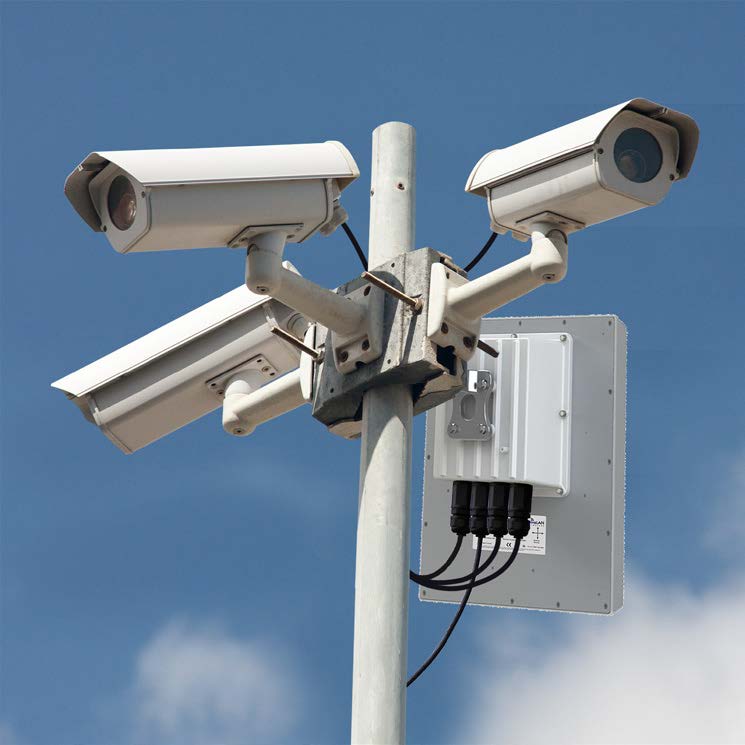 Analog systems record straight to videotape. Stores with this form of surveillance record at a very slow speed. That is what turns a 3-hour tape into 24-hour storage. The recording speed allows the camera to capture four frames per second. Time moves faster than most people realize, though. In one second, a person can walk into the frame and disappear by the time the camera snaps the next image.

Digital feeds do not store on a videotape. These systems send a signal directly to a computer. Compression of the signal minimizes storage space. The amount of compression depends on the complexity of the device. A standard digital camera uses a compression ratio of 5:1, but DVD quality devices will compress even further.

There are drawbacks to both forms of technology. With analog devices, you must worry about tape storage or use non-analog media. The standard-definition digital video cameras offer poor image quality too. The maximum pixel resolution runs around 320,000. The alternative is to purchase a multi-megapixel IP-based device that provides better quality images. Uncompressed digital recordings also take up massive amounts of storage space. These cameras often work with motion detection sensors to cut back on the amount of necessary free space.

A network camera, sometimes called IP cameras, can be either analog or digital but offer an embedded video service with an IP address for streaming. Once streamed, the image can be manually monitored or recorded on a computer. Network systems are inexpensive surveillance solutions because they require only a network camera, cabling, and a PC. There is a question about the quality, but if the price is an issue than a network system is the most cost-effective approach.

How to choose a CCTV (Surveillance) security system

The process of purchasing and setting up CCTV cameras starts when you evaluate your security needs. Consider how tightly defined you need the images, for example. Should the system be wireless or are you willing to install cabling? Are the cameras strictly for indoors or will they be outside too?

Select the camera system that most suits your situation. For indoor/outdoor use, a standard wired color camera will work. They have IR cut-filters for night vision and offer a variety of connection ports. The drawback is they will require video extension cables to set up.

The alternative is an IP network camera that connects to a router. IP cameras provide access to remote areas over the Internet. This means you can see what is going on using a smartphone, laptop or tablet computer even when you’re on the go.

If in doubt, have a security company come and evaluate your home or business. They can set up the equipment that suits your needs and fits your budget.