Sony has recently introduced four new smart phones under its mobile production umbrella and those phones were showcased at the recently concluded Consumer Electronic Show, CES in Las Vegas. Two out of the four phones introduced are going to be released overseas while the other two, Sony Xperia ion – the Sony’ first LTE smart phone for the AT&T — and the Xperia S which is the last one on the role would be released globally, but it won’t come with U.S carrier presently unless the company announced new carrier.

One similar thing with this phone and the recently released Nokia Lumia 900 smartphone is that — these phones are really beautiful!!! It come with a sleek, slim, and ultra-sharp design and one of the nicest devices at the CES. 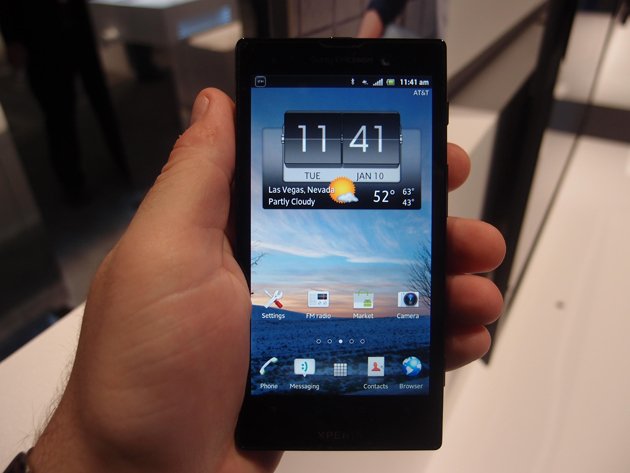 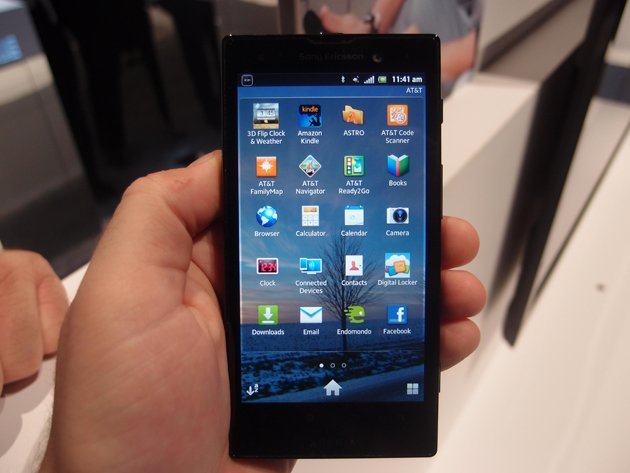 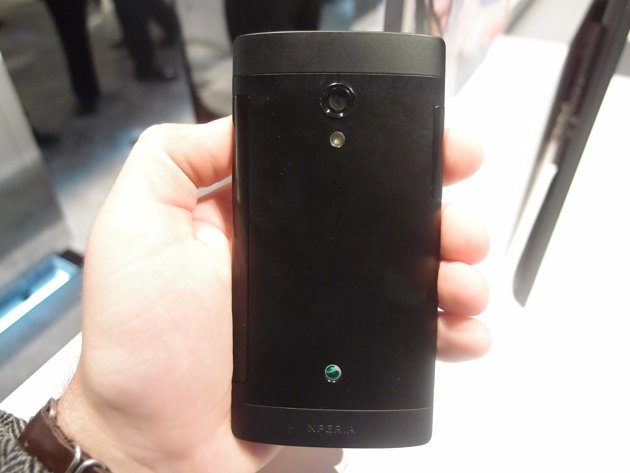 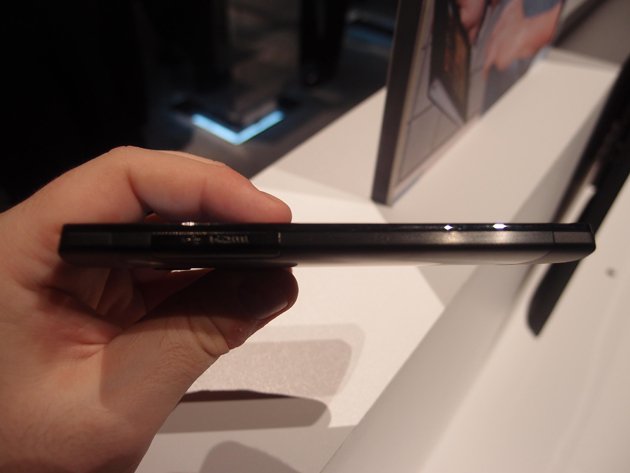 Let us focus on the Xperia ion from here and then to others.

Sony Xperia ion comes with  a 4.6-inch size and has 1280-by-720 pixel HD capability which certainly makes it look gorgeous view. And because the design of the phone has been decreased so that it becomes trim and simple in hands. In it is a built-in HDMI-out port- which will gives you easy access to view the content on your mobile device over HDTV without hassle  and it is also capable of letting you share content through DLNA and the Bravia Sync.

The Xperia ion comes with some other impressive specs. The phone is powered by the 1.5GHz dual-core Qualcomm processor — and also comes with a 16GB in-built memory space.

It also have an empty microSD card slot, and that means you can save files of up to 32GB space on its additional memory space. The ion  is running the Android 2.3.7 (Gingerbread) – and Sony has formally pledged to upgrade all of its devices to latest version of Google Android OS, Android, 4.0  aka Ice Cream Sandwich. The phone works extra better with its super fast responsive ability in opening the home screen and loading of apps. 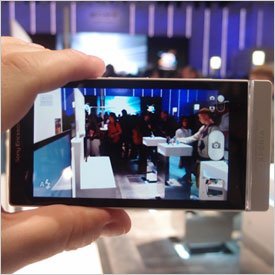 Also, the Xperia ion also come with with an impressive 12-megapixel rear-facing camera that can capture 1080p video at 30 frames per second. The camera is really cool and it can snap photos almost instantaneously without wasting time.

To add to it, it also features a 1.3-megapixel front-facing camera which is suitable for video chatting work — it is capable of recording 720p video at 30 frames per second non waiting.

The Xperia ion is a PlayStation Certified phone because it comes with all-access to the entertainment services powered by Sony. And there is no release date or pricing for this device yet and we’re still expecting that to be released soonest but the resource said that it would be available around “second quarter” of this year.

Xperia S preview, the features, specs and others

Sony Xperia S is well known as the first smart phone in the new Xperia NXT series — which are next generation of smart phones from Sony.

The phone share the same thing in common with the Xperia ion with a 1.5 GHz dual-core processor. Sony Xperia S also features a 720p display and the screen is slightly smaller – at 4.3-inches only.

It is absolutely gorgeous just like the ion. It presents a new design approach that Sony is referring to as “Iconic Identity.” The design will be reproduced across all the Xperia NXT series in order to create a strong & simple look that is instantly recognizable in the mobile phone market.

Both phone’s UI has been modified a little bit – it means that loves of the stock Android OS won’t be pleased because of this but Sony has promised that the OS will be upgraded to the latest ICS, Android 4.0 in the second quarter of this year.

One nice thing that makes the Xperia S cooler when compared to phones Nexus and some other Android based smartphone is the inclusion of NFC (Near Field Communication) – this means that users can share contents with each others via their phone and also be able to use NFC applications and service in the future to come.

When it comes to memory, the device features a 32GB of internal memory and with additional microSD card slot which is expandable to an extra 32GB if you wanted to – it means you can now carry large amount of files on your device.

You should remember that this phone would become available globally next coming months – preferably four months.