With the Wii U launch in the United States and Canada recently, Netflix, the media content streaming service has announced that its streaming service is now available for Wii U home screen. Netflix consumers they said can now use the app any moment from now, all they needed to do is to sign-up for a free trial of the service from the Wii U interface.

The controversial technology company through its representative blogger, says it has made use of the advantages that the two-screen experience on the Wii U console can offer. He continued naming some of the awesome experiences users could miss if they had not made their service available on the platform, saying the app comes with supports for up to 1080p on consumers TV as well as it is on the Wii U’s GamePad controller.

And that means, users can have the same experience on then Wii U gamepad controller as on the TV with well detailed movies information shown at the option side of the device.

However, there are some other similarities on the Wii U gamepad console compared to the TV version of the NetFlix service, and some of these are the content control options that let user pause, play, stop, go to episode selection, the play scrubber, and the content title information are all available through the GamePad. 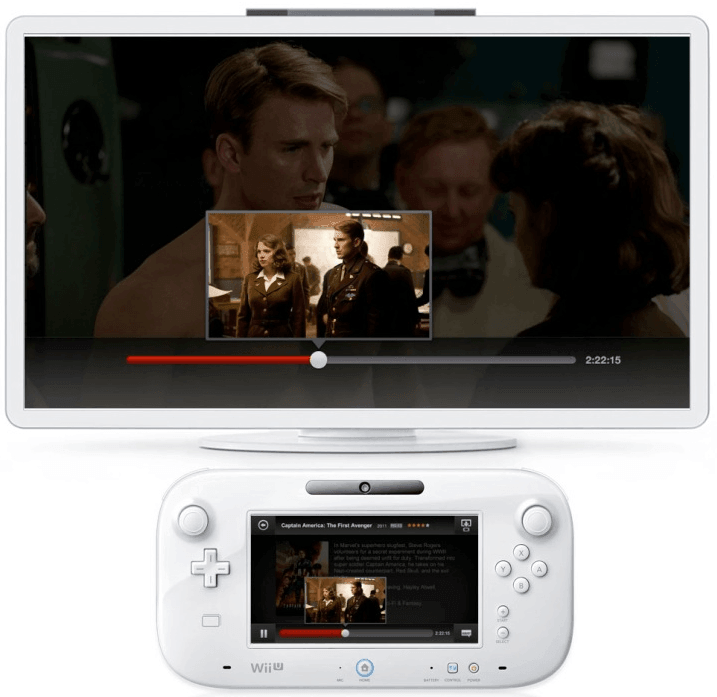 For example, you might decide to skip through or rewind the content you’re watching on the Wii U gamepad console, you can easily rewind or fast-forward what you’re watching by using the GamePad touch screen. And immediately you have made the changes, it will reflect on the TV for everyone watching with you in the room without the need to touch the TV remote controller.

The gamepad on its own can also be used for some other exceptional features like playing videos exclusively if you like – it doesn’t have to be used just as your personal assistant at all when it can do more than controlling your TV. That means, you can easily turn it into your personal video tablet if you need to. To do just that, tap the “Play on GamePad” button from the console and the playback will switch to the GamePad with sound through the gamepad speakers (or through the headphone jack).

On the other hand, the Wii U GamePad console supports all the same control features that you’d expect, be it the play, the episode selection, the rating capability, and the add to queue function – just everything! Though, certain controls are available by using the GamePad buttons or touching the screen (both options).

The bottom side of the Wii U screen provides access to content search feature and the popular Netflix Just for Kids functionality that let kids do safe-search without illegal content.

There’s a full keyboard on the GamePad for Netflix search that let user search for content and the result will be rendered through the TV in real-time.

And other on other gaming consoles and smart devices, the result may include Movies, TV shows, actors and directors in the search rendered content.