Though, there was a slight mistakes on the side of those who are watching FTP servers of Mozilla when the new release of the software was unexpectedly leaked to the internet. This lead many people to start downloading the copy of the browser via the internet hotlink even when it remains about some hours for the Mozilla to officially announced it for usage. Immediately the news got to the Mozilla team, they warned users not to download any file from the FTP until when they finally release it.

But, above all the incidents that occur pertaining to the unexpected leak in the latest version of the Mozilla Firefox 8, Mozilla has now officially announced that its new product, Firefox 8 is officially available for Windows, Linux and Mac computers.

The big additional benefits and unusual among the previous builds is that this new one has an in-built support for Twitter as a search engine option. That means, users can now search for profiles, activities and places or hastags or even usernames on the main search box without hassle. User will also get usual raft of performance and better security improvements. There is a new way to manage add-0ns and tabs so as to make firefox faster. Accompany the new version of Firefox is a new version of Firefox for Android, which includes a new password manager, and the ability to add home screen icons for bookmarked pages or web apps. 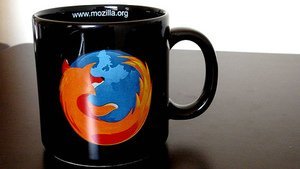 Mozilla has announced its official release of Mozilla Firefox 8. This latest update brings about the introduction of some features (newly introduced features) added with some minor improvements to the browser’s HTML rendering challenges, which users have been experiencing for sometimes now.

The new firefox browser comes with an in-built twitter integration option that allow people to search for pages and some other useful information on the social network without the need of going to the site before they can get what they’re searching for. In the drop-down search engines tab in the new mozilla browser, users can now select Twitter as one the search engine options there.

Mozilla has partnered with Twitter earlier this year in order to produce a specially-built Firefox that totally supports Twitter.

Another significant user-facing feature in Firefox 8 is rigidly enforced control over side-loaded add-ons. Now, Mozilla is fighting hard against third-party applications that install add-ons in Firefox without the user’s permission. Most of those add-ons have caused many problems for users in the past  such as dangerous buggy Skype toolbar which was reportedly disabled remotely by Mozilla earlier this year when it caused about 33,000 Firefox browsers to crash in just one week.

By default, the new Mozilla Firefox 8 will have to prompt the user when it starts and detects any side-loaded add-ons. Before the browser asks the user for the person, it will disable the add-on by default so that the browser can load faster. This new one will auto-ask the person using it if he/she wants to enable such add-on or not and this move will help users protect their internet surfing experience from invasive toolbars and some unwanted add-ons that works for the purpose of eating off of your internet bandwidth and time – aid time wasting.

Under the hood, Firefox 8 comes with some improvements that will even make it to work faster and better. Its HTML rendering engine has obtained support for cross-origin resource sharing -this feature that will enable websites to load a WebGL textures from other websites. WebSockets on its side also gained some boost with an updated implementation that comply with the latest draft specifications.

For a very long time, mozilla firefox 8 is now finally available for testing. Though, you can download it but it is not fully released because they want to use the bugs recorded during the testing time to fix all possible problems that might associated with the browser before the official release maybe next year. 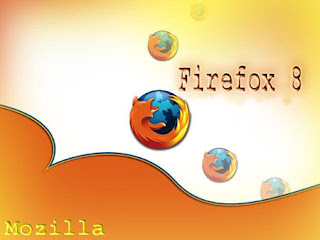