One of Microsoft’s customer is not happy with the company’s storage claims on the popular Microsoft Surface tablet which was released few months ago.

Andrew Sokolowski, a Los Angeles based lawyer as reported by Mashable has filed a legal lawsuit against the technology company on Tuesday, claiming Microsoft is misleading consumers about the storage space on the Microsoft Surface tablet after his phone ran out of its 32GB memory space — shortly after buying the phone.

The company’s two surface tablets phones were reported having a 32GB and 64GB of memory space respectively, but the offered space for storing photos, apps and files is truly 16GB and 45GB respectively. 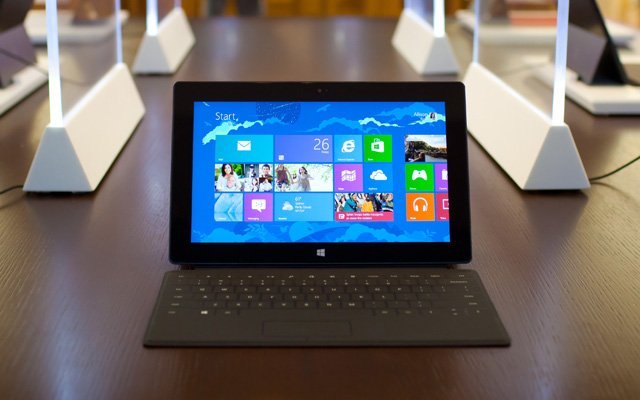 Earlier before this day, it has happened at a time when the 16 GB Apple iPad was reported to have come with a 14 GB space instead of the 16 GB advertised. That means, the mobile phone OS will have to share some part of the phone memory in order to function well but the case with Microsoft Surface tablet is totally different.

The merging is too much – half of the amount of space advertised, it is unbelievable and ridiculous!

Sokolowski argued Microsoft is deceiving its customers with half the size of what was advertised as the actual memory space with lots of sales for the Surface tablet with that deceptive motive.

In his words, he says:

“Microsoft knows, but camouflage and fails to reveal the actual space of the Microsoft Surface Tablet in its product marketing, advertising or promotional resources, that the Windows RT operating system consumes roughly 16 GB of the advertised storage capacity for the Windows Surface RT tablets”

In his complaint that was published on Courthousenews.com, he claimed as thus, saying customers who purchased the new 32GB space Windows Surface RT tablet, as he painfully did, about 50 percent (50%) of them will face the same issue as he had faced – low storage and misrepresented capacity.

Microsoft to avoid this kind of event has nothing to do than updating its website with information that states categorically that the amount of space in its device is lower than the amount advertised because the Surface RT Tablet’s operating system will share part of the memory to perform well. But the customer do not want to believe this than saying, Microsoft misrepresented the tablet thereby causing him to purchased it with high expectations which later surprised him at the end.

This is what Microsoft said in a statement given to the Associated Press about the Windows Surface RT tablet and its operating system:

“Our customers know the device operating system and some pre-installed applications stays on the device’s internal storage space thereby dropping the total free space as advertised.”

However, Microsoft has advised consumers with lots of files to store on the Windows Surface tablet to use external storage media; microSD slot and the USB port, as an additional storage space on the device.