Apple yesterday has released a new TV commercial for its iPhone 4S smartphone ahead of the coming Christmas holiday, by showing Santa using Siri (the voice recognition application that comes with the iPhone 4s), to find information such as directions, weather, search for an email with his list, and hear an email on the device from Mrs. Claus reminding him to “go easy on the cookies”. And finally, Mr. Santa later checked his schedule for the rest of that day, only to find out that he has 3.7 billion appointments waiting for him. 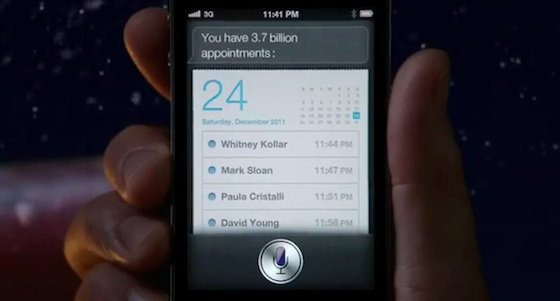 Apple first aired its iPhone 4S ad moments after the device’s debut, and then followed that TV ad release with three other commercials, that was closer to the end of the month of October. But we’ve helped you publish those videos for you to view here in this article.  Click this link to check out the three bumper iphone 4s TV ads videos.

And now, Apple has added another video to those ones he had posted on its Youtube channel. And this time, this new iphone 4s showcases many benefits of Siri to Santa. And that should tells you that this Christmas period will be interesting for all Apple’s product users and maybe, Apple will offer something interesting for this celebration season for this cause after its price slash during the Halloween season.