It has been barely half a year since we saw Apple launch its first 7.9-inch tablet and yet rumors on its successor are already topping the lists of headlines in the tech world. Following Apple’s naming convention in its previous devices; one of this year’s most-awaited tablets is labeled as iPad mini 2 in speculative articles. 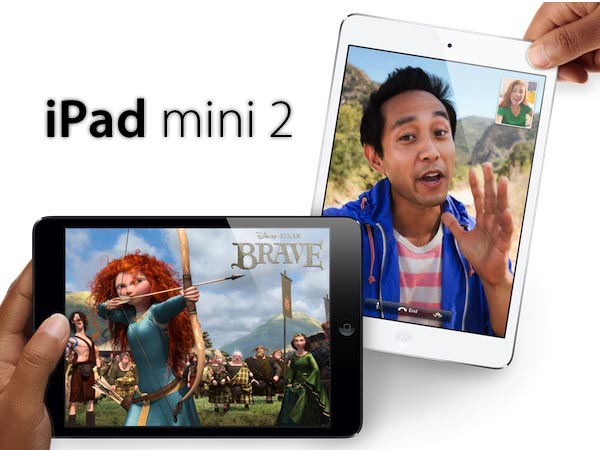 The first iPad mini was described by Apple as something that is “every inch an iPad.” And so it is. We have been presented by the tech giant with a handy tablet that has the same physical appearance (except for the size) and same built-in apps. It was widely accepted by the consumers that more than 10 million units were expected to be shipped in the first quarter of 2013.

Banking on the popularity of iPad mini, it is then safe to assume that Apple is prepping up to surprise the world with amazing features in the succeeding mini device. What then are these changes that people expect (and hope) to see in iPad mini 2?

One of the limitations seen by consumers in the first iPad mini was that its low resolution limited the users’ experience. They had to ignore the pixels composing texts, especially the ones in e-books. With iPad mini’s highly-anticipated retina display, one can freely see everything—from pictures and videos to e-books—in rich color and high resolution. This is also expected to enhance viewing documents in my DropBox or business messages that can be received through my RingCentral business phone app.

On top of besting the previous versions, the tech giant also has to keep up with the display features of the competing devices. Apple has already been branded as the maker of devices with retina display, thus making the speculation that iPad mini 2 will have a retina display gets stronger as each day passes.

Buckle up, your latest game app would also be as crisp as it could get! You might even forget that it is not the real thing.

Experts say that the new tablet’s processor would most likely be a dual-core A6X chip or A5X. The former is being used in the iPad 4 line while the latter in iPad 3.

Now, are you up for a small device with big features? Let us all wait and see what Apple has in store for us.