Years back, choosing the best storage option came down to the highest-capacity hard drive you could afford. But with the recent rise of solid-state drives, things got a bit more complicated. The storage landscape has changed so it’s only normal you’d feel confused and in need of some guidance to ensure you choose the right storage option. So, which type of storage should you get: HDD or SSD servers?

HDDs or hard disk drives have been the traditional mainstay in storage technology. Actually, ‘hard drive’ has become the common descriptor for all storage hardware.

They’re basically quickly rotating metal platters that are paired with read/write heads that spin move over the platters’ surfaces to retrieve or record your saved data.

SSDs or solid-state disk drives are getting a lot of attention these days, especially from techies. These drives use non-volatile NAND flash memory, which means there are no moving parts. They’re faster in reading and writing data because there is no actuator arm and read/write head that needs to seek out data on a platter like on a HDD.

SSDs offer exceptionally higher performance compared to HDDs but they do provide less capacity per drive and are much more expensive than HDDs. 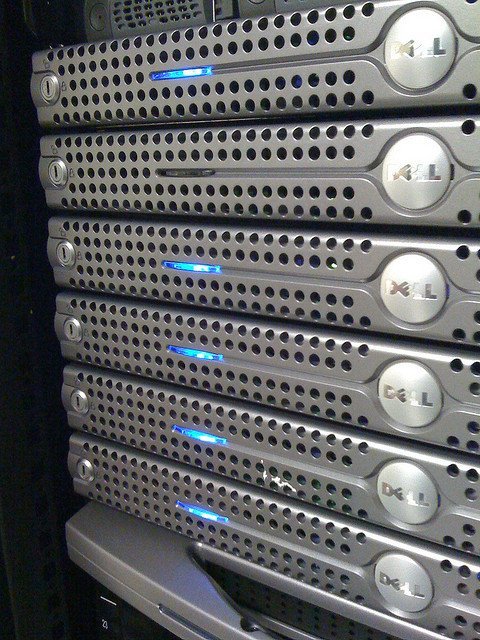 Advantages and Disadvantages of HDD and SSD servers storage medium

If you think about it, both HDDs and SSDs do the same thing: they boot the system, store your applications and your site files. However, each of these storage options has its own unique set of features.

So, what are the differences between the two?

HDDs are dirt cheap compared to SSDs which are more expensive. For instance, for 50GB, you’ll probably be paying around £11-15 per month for a HDD server and around £40 for a SDD server. So, if you’re on a budget, the traditional storage might be the best solution for you.

This is where SSDs win as files are accessed faster, which means your website is faster. There’s also no seek time meaning that applications like database servers, file servers and high-traffic websites work better. However, HDDs need a bit more to access files and launch applications.

This is yet another plus for SSDs. Unlike HDDs, SSDs have no moving parts which make them less susceptible to damage from vibrations or movement. In other words, with SSDs there’s less risk of losing your data.

HDDs usually work better with larger files that are located in blocks close to one another. This allows the drive head to go through one continuous motion. When hard drives start to fill up, large files becomes scattered around the disk platter which is known as fragmentation. With SSDs, having data scattered on its chips doesn’t matter as there’s no physical read head, which makes them so much faster.

SSDs, unlike HDDs, make no noise at all. Plus, they require less power, which makes them a more efficient solution.

Overall, SSDs are ideal if you need speed, durability and silence. However, HDDs win on capacity, price and availability.

Looking ahead, we’re also wondering if SSDs will replace the traditional HDDs, particularly now that cloud storage is all the rage.  While the price of SSDs might drop, we can’t help but wonder if they’ll drop enough to become the no #1 storage option and replace HDDs completely.

What do you think? Will SSDs replace HDDs, making them obsolete? Share your views with us