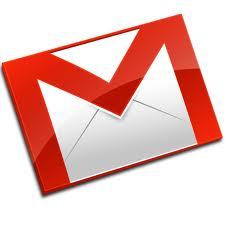 With all of my experiences using Gmail throughout last week, I have been following trends about the Google service to know what’s going on. I wish to know if the issue was from Gmail or from my internet service provider. I have carried out so many tests, browsing some heavy web pages while comparing them to Gmail, but to my surprises, most of these sites opens up perfectly while Gmail loads slowly.

But yesterday, in some West African countries, especially Nigeria, the gmail service is totally down making it difficult for users to send and receive mails.

And I took it to Twitter, most of the searches that I have made on the site and the results I got made me to realized that the site hasn’t been working since yesterday for some users in some other part of the world.

As at now, the service is still available for some users while some were experiencing outages which means, it wasn’t a total service outage.

Even mobile apps such as Gmail for Blackberry and so many other mobile apps and IMAP aren’t working either. However, the default Gmail feature, the basic HTML version is working perfectly for everyone.  And if you have a nice smartphone, you can access your Gmail account via your phone but mobile apps and the standard version aren’t working as of now.

Gmail isn’t accessible on Google’s own browser, Chrome which has been reported since yesterday, crashing several time on Twitter by large number of users when they tried loading Gmail on the browser. I have had my own bitter experience as well :p

Meanwhile, users were expecting an update from Google about the incident because the company is slow to update the status page.

As I am writing this message, I can load my Gmail account using the default basic HTML version, but I will keep you posted if the standard version is back and working.

Weeks ago, I posted an update on our Facebook page about Gmail outage, people doesn’t took it seriously until now. I could remember, the post was on the page for some days without any like or comment :p

But before that day, an article was published about some of Google services that went offline due to one or two glitches including the one which was resolved by Tom Paseka of CloudFlare.

I think from this time outage, all of Google services will be back better and stronger!

Gmail is down. Cue the panicked crowds running and screaming.

[In Focus] Google Shuts Down Gmail To Show Its Immense Power onion.com/UxyLs8

Update: The service is now coming up slowly…