So now the iPhone 5 is finally out and all the hoorah over the Samsung Galaxy SIII has slowed down, it’s time to discern the question we’ve been waiting to ask for the past six months: is the Galaxy SIII the best phone of the year? With the iPhone 5 looking like the only obstacle in the way of Samsung being honoured with such an accolade, the question can now finally be asked. 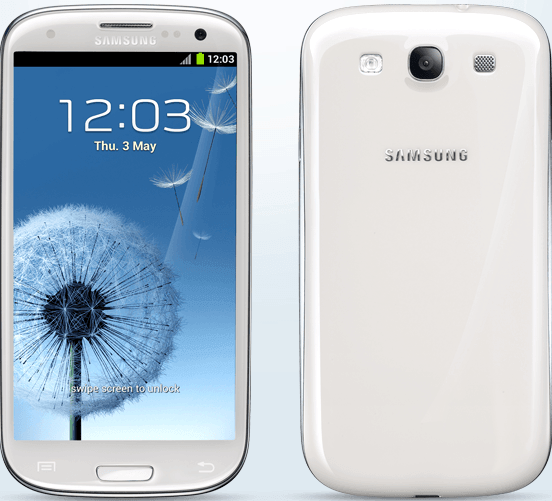 Looks are by no means everything when it comes to mobile phones but let’s be honest with ourselves: they mean a damn lot. On that note the first category we will be comparing in regards to the iPhone 5 and Galaxy SIII is the designs of the models.

In this respect the Galaxy SIII wins hands down! The iPhone 5 just isn’t radical enough and to be quite frank, pretty boring. The Galaxy SIII however, is slick, innovative and modern. While the iPhone 5 is indeed thinner and longer than previous iPhones and has a neat metal back to go with it, Apple’s decision to stick with the same look as other iPhone models has been dubbed as ‘boring’.
It’s a shame that image means so much; but image means so much! One-nil to Samsung; this should be interesting.

When it comes to a phone’s performance, the most important aspect is the processor chip. Apple sport the A6 while Samsung boast the Qualcomm S4 1.5GHz dual-core. Apple claim the A6 is twice as fast as the A5 of the iPhone 4S, however this is yet to be tested. It is nonetheless expected that the A6 chip will run at around 1.2GHz. If this is so, it will be slower than the Galaxy SIII’s Qualcomm S4 which runs at 1.4GHz.

The other key aspect of technology is software. While the Galaxy SIII comes with Ice Cream Sandwich it will soon be equipped with Android 4.1 Jelly. The battle of Android 4.1 Jelly with Apple’s iOS 6 will undoubtedly be an interesting one. It is however, one that has yet to commence and thus be concluded. Watch this space.

With regards to the screens of the phones, both are pretty darn good. The iPhone 5’s screen is LCD widescreen with a pixel density of 326ppi. Samsung’s is only at 306ppi, however is Super AMOLED, which is pretty neat. Super AMOLED screens offer incredibly vivid colours, but Apple’s new screen is expected to show things up a little more natural. In essence, it depends more on the preference of the user.

Both phones have an 8MP rear camera. It is therefore difficult to discern which one will come out on top, especially with different features such as light compatibility coming into the fray. What can be said however; is that the Galaxy SIII sports F2.6, giving it a slight edge in that respect to the iPhone 5, which has a F2.4.

In regards to the front video camera, Samsung’s rests at 1.9MP, while Apple’s is only at 1.2MP. All in all, one would expect Samsung to win the camera race; although it must be reiterated that this battle is far from concluded.

Let’s have it right. Whether it’s on SIM only contracts, pay-as-you-go, or whatever, the price between the two phones won’t be significant enough for it to be a major impact on which phone to get. If you’re shelling out around 500 quid for a phone, you won’t care about adding a little bit extra to get what you feel to be the best.