If only the BlackBerry Z10 has been released four years earlier, it had high chances of being a contender for America’s best smartphone. Instead, this unit has only been released recently, to be more exact, mid-March. Its cost is the same as the more polished and ‘revered’ handsets such as the iPhone 5, the HTC One, and the Samsung Galaxy S4.

However, despite of the new Z10 from BlackBerry being introduced to the market too late, it still deserves to be reviewed, as it comes with solid ideas in terms of smartphone productivity. 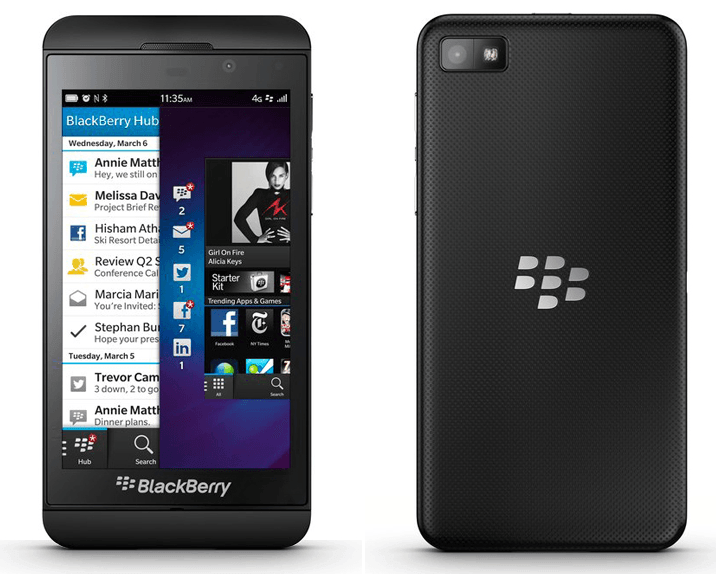 The Pros of BlackBerry Z10

The BlackBerry Z10 possibly has the best on-screen keyboard on a smartphone up to date. This keyboard is very responsive, easy to get accustomed to, fast, and accurate. It also comes with the automatic word suggestion feature, which makes it easier for some users to type faster. This can easily be disabled if you are not one of these people. When you type on the QWERTY, you will be surprised at just how quick it is. This is one of the major advantages that this new smartphone from BlackBerry has over its major competitors including Apple and Google phones.

The Hub, which is equivalent to the Notifications Bar on Apple and Android phones, seems to have a much better organization. With the competitors’, the updates list is separated per application. On the Z10, all you have to do is swipe the screen all the way to its left side to reach the Hub. This column allows you to quickly view the new updates for each of the primary apps you have installed in the phone. If there is a new update, you just need to tap on it and you will be taken there. It is simple, fast, and smart.

The Downfalls of the BlackBerry Z10 from BlackBerry

In addition to having an extremely small number of apps available, the Z10 also had a tendency for apps to hang, lag, and crash. There are also some instances wherein connectivity would be dropped without warning, only to be restored without warning as well. While these issues can be fixed with regular firmware update, the level of ‘glitches’ that one may experience while using the phone may just be too unbearable and unacceptable.

Possibly the worst part about this new smartphone from BlackBerry is its general appearance. The latest smartphones from Windows and from Apple are often considered as the ‘best looking’ models. Even Android has already released such phones. By using these standards, the Z10 is simply something you cannot compare with them – flat, uninspired, and in general, not aesthetically pleasing at all.

The Verdict about BlackBerry Z10

If you are intending to use the BlackBerry Z10 for business purposes, say for example VoIP connectivity, you can use this smartphone for such. You may also want to consider obtaining VoIP services from telecoms companies such as RingCentral VoIP service. Despite BlackBerry’s solid ideas on this phone’s connectivity, it appears that only loyal fans and users of BlackBerry handsets may want to try out the Z10.

The Canadian smartphone giant, Research in Motion today finally unveils the much awaited and consistently leaked BlackBerry Z10 Smartphone; this will be the first phone to run the RIM new BlackBerry 10 mobile OS which also announces alongside the Z10.

This device is the first RIM’s flagship product to race with the likes of the Apple’s iPhone and the super Android devices such as the Samsung Galaxy S III.

Q10 is a trademark for BlackBerry keyboard which RIM also revealed today.

The OS equally boasts of features that supersedes that of the rivals such as the finger swipe sleep mode.

What you will find on the newly released BlackBerry Z10 Smartphone

The new Canadian citizen, BlackBerry Z10 Smartphone arrives with a 4.2 inch display screen having a resolution of 1280 x 786 pixels with a resolution density of ~356 ppi. This feature is technically sharper than the Apple iPhone 5 retina display which has ~326 ppi.

The smartphone has a thickness of 0.35 inch weighing 4.78 ounces. The BlackBerry Z10 smartphone is powered by Qualcomm Snapdragon 1.5 GHz dual core processor supported by a 2 GB RAM. The internal memory measures to 16 GB and could still be extended by a microSD up to 64 GB storage.

The connectivity option on the BlackBerry Z10 Smartphone includes; Wi-Fi, NFC for mobile payment and accesories connections, Bluetooth 4.0. RIM made a HSPA+ and 4G LTE networks alongside global roaming available on the Z10 device. 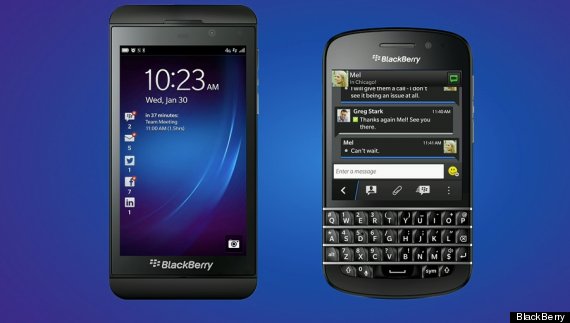 The rear facing camera on the BlackBerry Z10 Smartphone is 8 megapixel, also facilitated with a front facing camera of 2 megapixel. The camera features includes; Time Shift, that allows user to “reverse time” for a specific shot finding a particular posture or action.

The battery that powers the BlackBerry Z10 Smartphone can sustain a talk time of 10 hours on 3G, up to 11 hours video playback and around 305 hours on standby also on 3G.

As RIM specified, all the four US major carriers will vendor the BlackBerry Z10 Smartphone for $199 with contract as per carrier to determine total price and availability. The unlock version goes for $599.

In the home country Canada, the device will be going for CND $149 with a three year contract.

Does the BlackBerry Z10 featured to your taste as expected? Will you order a piece as soon as it gets to your country?

Ping me in the opinion box below with your comment!