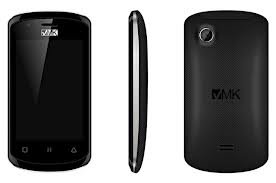 As Mr Mankou said at the Tech4Africa conference in Johannesburg, “Only Africans can know what Africa needs, Apple rules the US, Samsung controls Asia, we want VMK to be huge for Africa.”

Smartplanet technology blog reported that the tablet packs a 4 GB internal storage and Wi-Fi connectivity. It’s been named Way-C, which means “the light of the stars” in the Lingala local language. 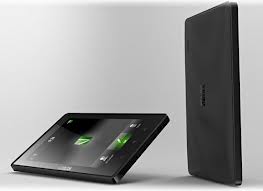 The first African – designed smartphone comes with a rear and front facing camera with a 3.5 inch (8.9cm) screen.

These devices is planned to sell across 10 other West Africa countries as well as in France, Belgium, and India.

Mr Mankou aims at launching a cheaper tablet for the student consumers next year.

The African – designed smartphone and tablet devices will rival the already popular and well established brands.

Research in Motion, makers of Blackberry brands has already taken the continent, despite the fact that it is routing western market, but the African consumers has an habit of supporting and patronizing their local made products.

Some of the offensive situations Africans has faced includes, companies criticized of making product offshore and deceiving the continent audience that they are locally made products.

VMK argued that the African-designed smartphone and tablets were manufactured in China for cost reasons, but the entire engineering and designed is exclusively done in Africa.

On the company’s website was a statement which says; “We are somewhat offended by the disregard of those who persist in denying the authentication of our products, despite evidence.

“Most of those critics are either Afro-pessimistic (who argue that ‘nothing good can come from Africa’), or just (future) competitors.”

VMK stressed that there is no other such product matching these African – designed smartphone and tablets on the continent.

Are you an African or fan who has been expecting an African-designed smartphone or a tablet, this is something for you, and the price are far less than that of the one we got from the US and Asia.

Will you try them out when they finally get to market? Lets hear your view of this!