Just when you’d finally got your state-of-the-art-TV and were happy with the powerful high definition view of David Dimbleby’s ties or Lord Sugar’s wrinkles, somebody went and invented 4K!

In case you don’t know, this term refers to either of two newly developed high resolutions of either 3840 x 2160 pixels or 4096 x 2160 pixels, which is up to four times the size of current high definition resolutions.

4K Technology, How does it works? 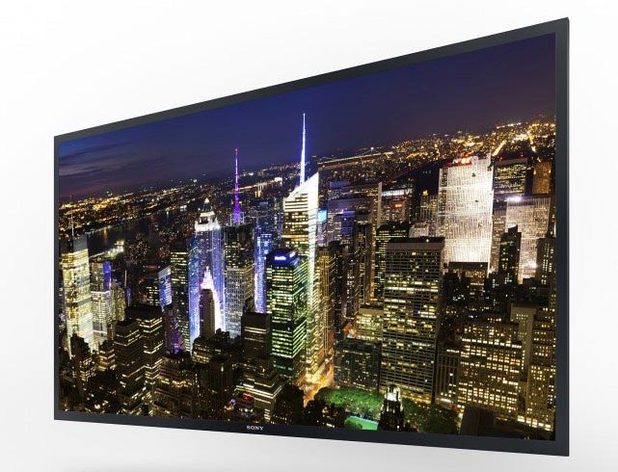 The technology compresses the amount of data through the utilisation of algorithms, which eliminate waste and increase efficiency, allowing a smaller amount of data than expected, to be used to create a better, clearer picture. Never mind his wrinkles; you’ll be able to count Lord Sugar’s nose hairs.

In an effort to demonstrate that 4K resolution video can be streamed live, via the internet, many companies are undertaking demos and test to be able to take advantage of the benefits.

Do Not Adjust your TV Set – Yet

HDTV programmes are currently broadcast using the H.264/MPEG4 codec, which would be unsuitable for broadcasting 4K because it requires the data to relate to each individual pixel, which is not how 4K works but, since January 2013, the H.265 High Efficiency Video Coding standard, known as HEVC, has been approved by the International Telecommunication Union, or ITU, an agency of the UN. This will allow the broadcast of up to 8K resolutions, and will therefore be capable of dealing with any planned programming for the foreseeable future.

If the 4K streaming trial is successful, and with 8K technology already in existence, a federation of Japanese broadcasting and technology companies, which is currently being formed, is hopeful that Japan will return firmly to the forefront of the industry, beginning by being able to broadcast the FIFA World Cup (which is going to take place in Brazil next year) in 4K technology next year as a trial on a grand scale and, ultimately, to commence full-time commercial broadcasting in or by 2020.

The alliance consists of Sony, Toshiba, Fujitsu, Panasonic, JSAT, KDDI, and NEC, as well as Japanese public broadcasting company, NHK, who demonstrated the new 8K technology at London 2012 Olympics, and some smaller companies. These companies and their aims are supported, both financially and politically, by Japan’s Internal Affairs Ministry; it is hoped that the new technology will provide an enormous boost to the TV and related items production industry, which has suffered in recent years due to competition from other Asian countries, such as Korea.

In fact, other countries have previously had something of a lead over Japan in the development of 4K, demonstrated by the fact that both LG and Samsung have already begun selling 4K-ready TVs, although Sony has now produced its own model, the KD-84X9005; televisions containing this level of technology are selling for prices in the region of £35,000, and are selling through more exclusive outlets, such as Selfridges. The high price of producing the sets optimised for accessing 4K is one of very few disadvantages relating to it.

Adjust your Expectations from 4K Technology

If you are old enough to remember the early days of the CD, you will appreciate the problems associated with a new form of technology for which there is very little available material; in short, you want more than a full set of Dire Straits albums to listen to and, at the moment, 4K is in the same position.

Until the cost of producing 4K programmes becomes less prohibitive, there will be little of it available for those who have spent a lot of money to get access to it. This will change as the technology, to some extent, will self-fund, bringing outlay down and increasing availability. While the data compression technology enables smaller amounts of data to be used comparative to the resolution output, 4K still requires larger amounts of data than the HDTV currently in use, creating a need for vast amounts of data to be stored, which can be a particular problem in a domestic setting, due to the size and expense of suitable storage units.

Another issue is whether the increased definition is noticeable on the size of screen likely to be used in the home, as not many consumers are necessarily going to be able to allow house-space to the six-foot screen that would adequately demonstrate the increase in quality of the picture.

With the right investment, it is likely that 4K could end up being the technology of choice for film companies such as Netflix, available via broadband – TalkTalk’s homepage is here – who could provide a higher-priced premium service for those customers who genuinely feel the need to count those nose hairs.