A high speed ADSL2+ broadband internet can be advantageous for many reasons, but it also allows consumers to benefit from the increasingly diverse nature of how we use the net. From a tablet to a VoIP phone, we’re no longer content to merely use a net browser to view websites, or an email program to communicate with family and friends. 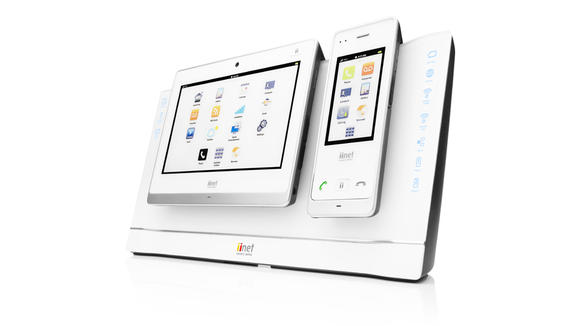 A VoIP phone allows us to call people from our computer, but we need a high speed connection, such as ADSL2+ broadband internet, to really benefit from it. With a VoIP phone, we can have a telephone conversation with someone on the Internet, or be able to phone someone who is using a regular phone. VoIP itself stands for Voice Over Internet Protocol.

A softphone is one way that VoIP communication can be established. On a computer screen a softphone will typically resemble a hand held phone, by having a row of numbers that the user can punch in to connect with someone by using a mouse. Some users of a VoIP phone will also be able to take advantage of a ID facility – which can be used in a similar way as a list of names/telephone numbers of contacts.

A VoIP phone is one example of how beneficial high speed internet can be. Using a dial up connection to call someone will normally be problematic as the line will often break up and make a conversation almost impossible in some cases. High speed ADSL2+ broadband internet is also important to anyone who watches videos online regularly, or who likes to listen to radio stations online.

It’s also a boon when it comes to downloading music, films, games, etc., as the download speed will be many times faster than it would be if downloading similar items using a dial up connection. Most websites are now designed with high speed internet in mind, so most web pages will now appear slow to a dial up user.

The tablet has been another way that people can now take advantage of the internet. These devices have not just become a must have for techno geeks, but ordinary consumers are now hooked on these hand held devices, which are mostly operated by touching a screen.

How the devices is used range from social media interaction to reading books, and, in the case of the latter, some popular tablets are designed specifically for this purpose. These devices can be connected to the internet via a wireless network, or, for instance, by way of a ADSL2+ broadband internet connection.

Australian internet users can benefit from combining a home smart phone with a modem, and have the option of adding a tablet, with iiNet ADSL2+ broadband internet budii deals. Budii is a communication device that helps to simplify technology and communication for iiNet users.