The Nokia 105 at moment is the cheapest Nokia’s cell phone, the device retails at $20 comparable to the price of a scientific calculator but amazingly still pulls in profit for its maker.

The Nokia 105 is a basic cell phone, no web surfing features, no app store, not even a camera, but it can make calls, send SMS messages and features a color screen, this is still an incredibly good deal from Nokia. 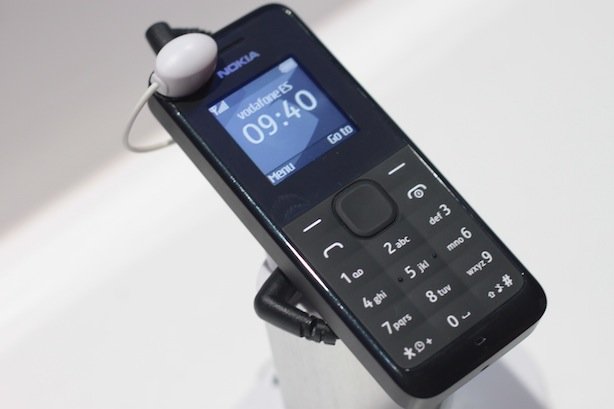 The most surprising thing is that, the Finnish manufacturer still whoops in $5.80 per sale on the cell phone, around 30% margin says IHS analysis. The company completes the manufacture of one Nokia 105 at the rate of $14.20.

Some eight years ago, the Nokia 1110 is Nokia’s cheapest phone, which offers similar features to the Nokia 105 device, but cost three times as much.

“Keeping the features for almost a decade, it was integrated on a single chip in the Nokia 105, dramatically dropping the production cost” said IHS research group analyst, Wayne Lam.

He further explained that the profit 30% profit margin on the Nokia 105 is much smaller than the 68% Apple whoops in on each iPhone 5, but the super smartphones retails for over 30 times the price of Nokia phones.

The cell phone does not have the features of a smartphone, but the powerful battery which measures up to 12.5 hours talk time and up to 35 hours standby is good enough factor to make it marketable in emerging markets such as Africa, Latin America and India where power is generally poor and frequent shortage of electricity is a serious experience.

That is really the purpose why Nokia made the 105 device; in fact 90% of Nokia cell phone shipment in 2012 is the low-cost phones.

Lam said “While others concentrate on making expensive smartphones,” the simple phone markets remain the reason why Nokia still exists.

Other features you will find on the Nokia 105 includes; Flashlight, Clock, FM Radio, SMS service advice about health and parenting living, and five games that includes Sudoku. Nokia claims that the Nokia Life service is like having the internet at your finger tips.

Well, according to me this basic phone pulls in profit because there are people out there who don’t want to or don’t know how to use the technologically advanced smartphones. After all, simplicity has its own rules and regulations. I don’t find anything wrong about these people, we all are free to choose.

Not really that they don’t know how to use technologically advanced phones, I believe anybody can learn to use anything. The problem has been that those smartphones are so expensive and they couldn’t afford them. Nokia has done well in bringing them what a basic phone could do at an affordable price. The cheapest new smartphone cost around $350 and used ones could go for around $99, now compare to a new phone which costs just $20. Don’t be surprised, the $20 is not even affordable for some people.

nokia is the best..