iPhone users tend to think that their precious (and expensive) mobile device is as safe as it gets, thanks to the Find My iPhone app. Unfortunately, though, as all security efforts, this one, too, has its flaws and loopholes. And, as is always the case, some people will try to take advantage of those security breaches, as well as of the users’ gullibility and lack of foresight. In today’s post we explore several security solutions for the iPhone, including locator devices, a new Find My iPhone scam alert, plus viable app alternatives to the one provided by Apple. If you think your smartphone could benefit from increased security, then read on. 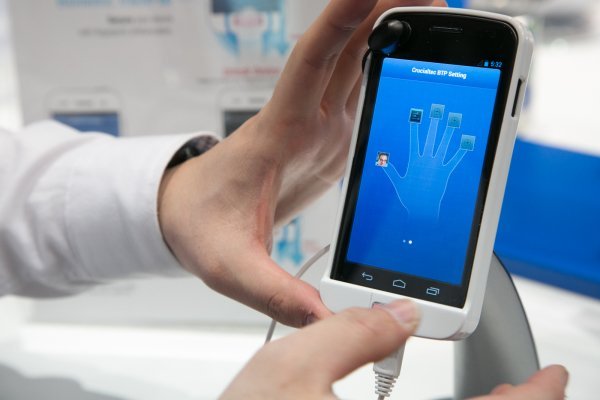 Do they work? Can they really help in case your iPhone gets stolen? The answer to that first question is ‘yes’; however, for the second one it’s more of a ‘not really’. Most locator devices, such as the Bluetooth Key Ring Locator with App for iPhone we found on MWave, are novelty items – at least for the time being. They can help you if you’re scatter-brained and tend to misplace your smartphone around the house. However, since most have search ranges that only go up to 20-30m, they won’t really be of much assistance if you’ve left the phone at a completely different location or have had it stolen. Usually, these devices are powered by duplex communication protocols. They are also linked with an app that show the last location on Google Maps, at which the key ring and the phone were connected. Some devices allow you to control the distance threshold at which the alarm on the key ring sounds off, and also have the key ring bleep when the phone gets an incoming call.

Beware this Find My iPhone scam

If you know anything at all about the Internet and technology, you have probably heard of phishing before. This type of hoax usually involves the replication of a sign-in screen, which can lead you to divulge sensitive private data to a third party. One such scam was recently unveiled by Symantec, in a blog post by Joji Hamada. It seems that criminals who steal iPhones and iPads are seeking to unlock the Apple devices by having them provide their passcode or iCloud account credentials. The perpetrators get in touch with the victims by making use of information displayed on their lost or stolen devices. That’s because the Find My iPhone app from Apple features a ‘Lost Mode’, which, once set, will indicate display a message on the screen of the device in question, such as the owner’s alternate phone number.

If your tablet or phone is set to show a phone number at which you can be reached, the criminals will then send you a message saying something along the lines of:

“[Your Apple device model] linked to [your email address] has been located today at [random time of day]. See location: [link].”

By clicking the link, the user is redirected to a phishing site which has been designed to look like the iCloud account login screen. If the criminals get access to your iCloud account, they can effectively take the device out of Lost Mode and begin using it.

Apps similar to Find My iPhone

Is there any app out there that can do a better job at locating your lost device than Apple’s own Find My iPhone? There might be. Here are some suggestions that may come in handy:

2 replies on “Find My iPhone: Think Your iPhone Is Totally Safe? Think Again.”

But i not Find My iPhone 🙁 Now maybe I can