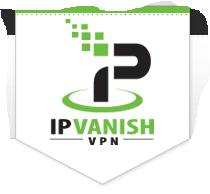 As we all know, the internet is a free world for everyone to live peacefully. No one has more power than his fellows ever since the internet was first created, until now that government and some organizations have stepped into the industry – thereby controlling the whole system; how it run, how not to be run, when it should be used and when not to be in use etc.

It is really frustrating when you find it hard to believe the internet is no longer freely given as it was some years back. There’s no more freedom using the internet due to many dangers that are attached to it. One of the things a person will love most about life is the ability to do things at any time without hindrances.

I personally love using the internet because it enables me to do more things within a shortest possible time at any time I want, where I want, without any hindrances. I’ve been an internet user for over four years and during those years; I have had some bad experiences with using the World Wide Web; hacking, unfavourable government decree, identity theft and many more. These incidents have forced big institutions of the world to change their business terms to their own benefits or risk losing out on the best the industry has to offer – with the move, some countries in part of the world had been kicked out of the REAL internet world.

Nonetheless, these people have no other better option than bypassing the firewall so as to enjoy what they used to enjoy freely before the law or the government ruled to deny them of those benefits. So, that is why I brought a solution for you with IPVanish!

Why IPVanish? Brief information about the solution.

IPVanish is not new in the web restriction bypassing business but the name may sound unfamiliar to the TechAtLast community here and to someone that’s new to the industry. But I will try to explain a bit to make you understand what IPVANISH can do for you.

If you want to access a particular website on the internet with restriction to your IP or location, you need a VPN service to help you bypass the restriction. Like I explained in the post about IBVPN some months ago, VPN service works even beyond IP changer that many considered as the better option whenever they’re faced with online restrictions. For example, countries like Vietnam banned citizens from using social media websites like Facebook, Google+ and Twitter. And many citizens who are fond of socializing are already denied of this right. A way to get out of this kind of mess is by browsing anonymously through the backdoor of the internet.

So, Why Am I recommending this product? What is in it for you.

IPVanish got the 2012 Editors’ Choice Winner, that a great achievement in its line of business, also awarded with: Fastest VPN service for 2012. Apart from these, IPVanish has some advanced supports that is next to none for some of its competitors.

Few of these features are:

Considering the fact that it offers the fastest VPN service, $10/month seems to be a giveaway compare to other VPN service providers. Also its network spans over 2,500 IP’s across 46 VPN servers in 16 different countries, and more locations are on plan. This means you can switch location and IP’s anytime you like without break in transmission of data.

This service also supports multiple VPN protocols including OpenVPN, PPTP and L2TP. OpenVPN is more secure for connecting from Linux, Mac or PC. While PPTP and L2TP goes extra to mobile devices including iPhone, iPad, iPod Touch and Android phones/tablets.

IPVanish has officially launched its latest VPN server in Los Angeles, California (3 Servers), Dublin, Ireland and New Delhi in India.  These new servers are now available to all subscribers and brings the IPVanish VPN network to 100+ servers in more than 40 countries!

After launching the IPVanish client, you’ll see all these newly added servers listed, along with server name and server response time from your location.  The newest Windows-based IPVanish client release (v1.3.1.23), launched on Tuesday, also introduces several user-customizable features including:

Those that already have the IPVanish software installed will be prompted to update to the latest version.  New users can find the software at here.

You can download the software here (pick anyone that is compatible with your operating system).

IPVanish is the solution you need especially when you needed solution to your online limitations! Have you ever experienced limitations surfing? Please share your experiences below, I’d love to hear them and learn from them. But before then, please share, read and spread the good news about my article.

I’ve actually used these guys for about 4 months. Speeds are good (i’m using the new york and london servers) and it works like a charm. good for accessing BBC stuff outside of the UK too

They have a great server well positioned.

Thanks for the recommendation. I have once used Hotspot shield for windows before but not for Macintosh. Thanks for your comment.

Hmm, so you’re definitely not a shill

You are welcome reading our stuffs.

Nice review of IPVanish. I’ve had similar a positive experience with their service. Mostly I find that they have better speeds than most of the competition, especially on international servers such as Europe, Australia, and Asia. I like the fact that they have a dedicated mobile app as well (many of the smaller companies just force you to use the standard OpenVPN mobile client).