The Thailand police last week arrested “Happy Hacker” accused of carting away millions from bank accounts online. As we go from a new report, the same Happy Hacker was alleged to be the brain behind ZeuS, he formally has “bx1” as his nickname. He was accused by Microsoft as the botnets boss powered by the ZeuS banking Trojan. 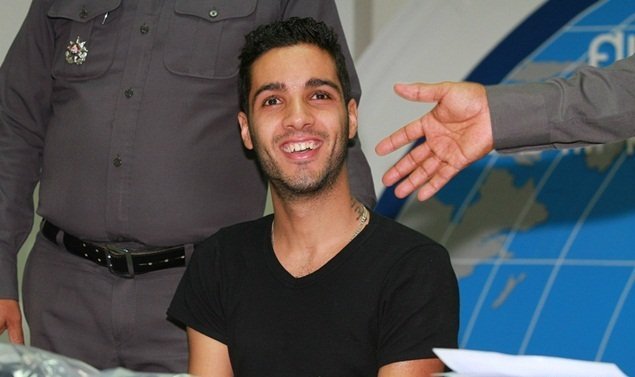 Throughout as press conference in Thailand, Happy Hacker remained smiling, and the police made it known that Thailand will look for a way to move the Hacker to Georgia in the US, where a warrant of arrest has been issued by a court.

Hamza Bendelladj known as the Happy Hacker is 24, and of Algerian origin, he was arrested at the Thailand capital airport routing from Malaysia to Egypt. The ZeuS botnet is one of the wildest that ever exists, and it has been used to make some real big bux by its masters.

Two Emails that was once reported by Microsoft to the US District Court of Virginia, daniel.h.b@universityofsutton.co, and danieldelcore@hotmail.com was suspected to be linked to Happy Hacker.

Mr. Bendelladj, the Happy Hacker is a graduate of Computer Sciences in Algeria in 2008 has been accused to have hacked up to 217 banks private accounts and financial institutions worldwide.

The ZeuS also called ZBot is a tool that is used by international cybercriminals purposely to steal your money.

2 replies on “Happy Hacker, the Mastermind behind ZeuS Botnet is arrested”

This guy is always happy! Even at this stage… 🙂