Givit is totally a fun-filled social video editing app that has been recently launched in the market. The company who created this app has got a lot of money flowing since the app arrived in the market and hence with the money from the collaborations it has been improved upon. Now you may download this app and see how to edit video in the app itself as well the highlights of the app.

Before the recent update was initiated, Givit offered a platform on which all of your private videos could be circulated in your own circle of friends via Email, YouTube and Facebook. It is a simple app-just shoot the video, edit it and share it via a secured URL provided on Givit. After this, video will have to be uploaded into the Givit Cloud Storage. Due to the simplicity in using this app as well as the rising trends of sharing videos among friends this app has risen in popularity. Quite in contrast to YouTube, where you have to upload the file in a public interface before you can go on to make it private, the case is different. Givit provides you the private interface facility. 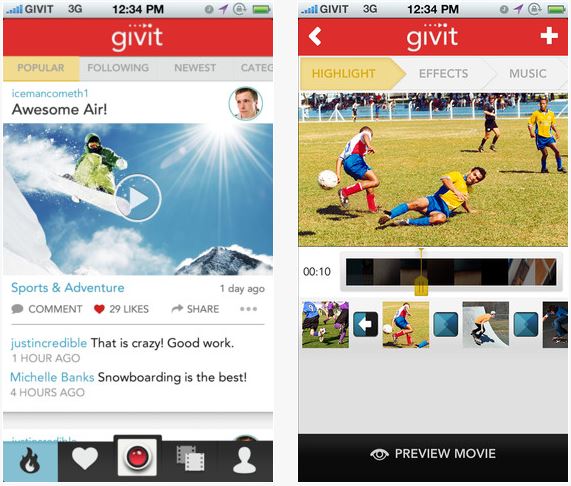 Today, the update is available, and you can edit your video files with the toolkit inside the app. This was possible after the app was reformatted from the basics and the developers have put in a lot of efforts to make this app work for us. People who have tested it cannot ignore the fact that the Windows Movie Maker is close to it, only that this has been made compatible with a smartphone format.

Now you can edit video that you have saved with Givit in a frame by frame basis. The feature is called highlight, and you can delicately pick only the frames that you want to include in the url before publishing. You can also intermingle two different videos together. 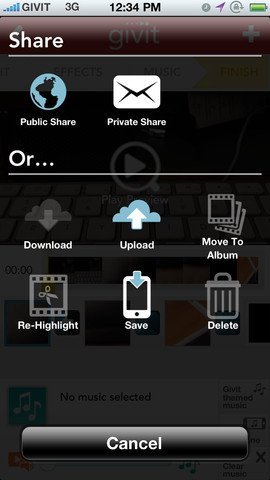 Well to finish off the video footage frames that you have chosen you can add effects to it. For example,  the Effects tab allows you to add up to ten transitions, and you can manually insert them in the frames. You may add features to motions also – for example, for slowing down or speeding up the highlighted video. Even though, some minor updates are pending, there is no doubt that these features have already made the Givit app dearer. The developers of Givit are also planning to add Music that will be separately categorized in sections like Dramatic or love and then surely the popularity will rise even further. 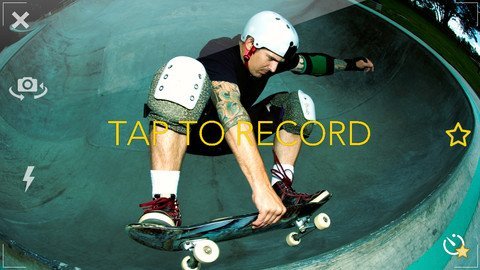 The reason for update is that the developers at Givit believed that people nowadays do not have the time or the patience to watch the entire video stringently. They rather like to see short clips. This is the reason why the highlight feature was included so that people can choose and show only the highlights. Sometimes video footage may become tedious to watch, instead of cutting down the number of frames you actually select the frames you want to show others. You must have noticed that, in an average, the YouTube videos are only three minutes long!

The app is remarkably fast and convenient to use. Apart from the minor bugs previously noticed, it had been a common practice even before the app, when you had to upload in the cloud first and then edit. You must be wondering how fast it can be. Well it will take only sixty seconds to edit footage and additionally you get 5GB of free storage in the Givit Cloud.  You can get the app for your phone here.

Nice Apps I am searching from long time a great easy tool for video editing Now i will check it..

Thanks for checking up this app, please you may drop your review after trying it.