Apple’s announcement of iOS 8 at Worldwide Developers Conference (WWDC) hardly came as a surprise, though many Apple enthusiasts were hoping against hope to get a word on a new iPhone. The latter have no one but themselves to blame for the disappointment, as the WWDC is, and always has been, about software. Getting back to the tech giant’s latest offering, it’s due this fall for current and next generation Apple devices. The newest iteration of the iPhone and iPad operating software doesn’t come with a whole lot of additions, though there is one that definitely caught our eye; HealthKit. 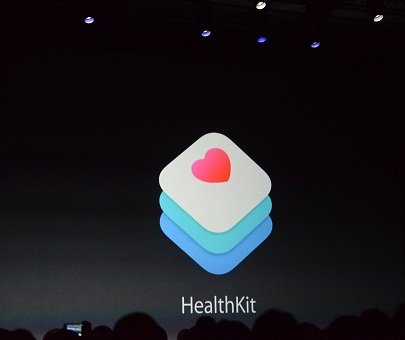 The caring side of Apple

It is hardly a surprise to see Apple jump onto the health and fitness bandwagon with HealthKit, considering the growing level of health consciousness in smartphone users. While the company may have been influenced by the popularity of other such apps to step into the health scene, it sure deserves the benefit of doubt. Let’s pretend that the tech giant is genuinely concerned for iPhone and iPad owners and their health. HealthKit is what the developers would work with, whereas the users will have the resulting Health app on their phone. It is being touted as a convenience that was otherwise missing. Apple acknowledges the fact that a health and fitness app is not its brainchild, but asserted that different apps were storing different health and fitness information in different “silos”. The Health app, on the other hand, will allow users to conveniently access all health-related information by serving as a hub that pulls in data from other third-party apps. It will let users track everything from monitoring their weight and activity level to chronic medical conditions like diabetes and blood pressure. Mayo Clinic and Nike+ are already on-board, though it’d be safe to assume that the list would grow in the coming months.

Convenience and utility, but at what price?

Upon looking at HealthKit, it’s hard not to think about similar apps created for the Android platform. Those apps were mostly debunked as bloatware by Apple loyalists. There hardly seems to be any reason to think the health app coming with iOS 8 will be any different. It’s likely to put a lot of weight on both RAM and memory. Another thing about HealthKit is that it comes off as an ideal target for hackers. With a license to gain access to other apps and track various user activities and other information, it surely looks like a ticking time bomb. For a company that was praised, and sometimes condemned, for its strong focus on keeping things nice and tight, Apple sure seems to have lowered the walls of the iOS fortress in a bid to offer more freedom and convenience. Let’s just hope this is a calculated risk.

Apple’s long standing history of keeping its products neat and its software without bloatware is what makes it a unique company among a world filled with tech products that come burgeoning with bloatware. But bloatware is not the only thing that can overwhelm a user’s experience of interacting with an interesting piece of hardware, there is a threat of giving too much to the user to choose from, or to use, that it may overwhelm them and leave them not using many of the features that a company touts to be the best it has produced. One hopes that this useful piece of software, HealthKit, is not one of them. And if somehow Apple can manage to pull that off, it could take a lead on its competitors.

Paranoia not without merit

Apple is no doubt a decent bet when it comes to security and privacy, but iOS 7 was a reminder of the fact that even one of the best in the business can slip up. One security flaw after another popped up during the course of its life, which, let’s not forget, haven’t come to an end yet. If Apple leaves a staggering security loophole in iOS 8’s security, the damage done may be of an entirely different level. And how can one forget about NSA enjoying complete freedom of tapping into anyone’s iPhone, courtesy of the backdoor access that offers a 100 percent success rate. If the NSA can get their hands on such an exploit, surely it’s only a matter of time before hackers follow suit.

There is still a fair amount of time left for iOS 8 to launch. Let’s hope Apple has a thing or two to say about some new security protocols that it’s introducing to ensure a safe and secure iOS experience for the users. Surely Apple couldn’t have decided to take the same road as Google and started giving more importance to user experience than user safety and security.

Do you think Apple HealthKit was meant for what it promises to deliver or something else? I’d like to know your view.