Media has progressed exponentially over the years. It is essentially integrated in just about everything we do. Everything from trivial interaction with friend to large scale productions would not be the same without the current level of extensive technology in media. One could easily argue that media has become as necessary as food or clothing. Whether conscious or not, we rely on it for our daily informative needs and tend to accept great portions of it at face value. 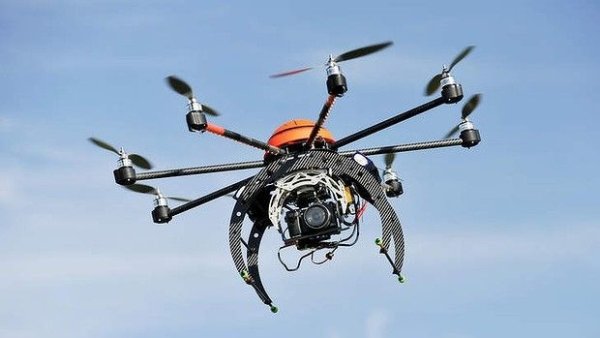 General news and information aside, development in media has made an easy path for various businesses and companies as well. Businesses are almost effortlessly able to advertise and promote their products to us, especially with new drones on the scene. Drones in advertising have become more common as original businesses responsible for their use have found great success reaching larger number of customers.

Whether utilized for business or not, drones are great for allowing individuals to experience various scenes and sites from completely foreign and otherwise impossible perspectives. They are the representation of the growth of media. Drone videos and photography in particular have stolen the show for 2014. Drones were used for cityscapes, nature walks, concerts, real estate listings, disaster surveys, Olympic sports—even self-portraiture, as selfies taken from the air became known as “dronies.”

There are so many drone videos out there so obviously selecting the best of the year is not a simple or straightforward task. For a video to be included in a “top of” list, it must distinguish itself with a creative location, approach, or circumstance. Some drone videographers also happened to catch a lucky break. Others brought particular skill to a rather new or unusual place.

The popularity of drone videos remains a mystery to some; however, the novelty is what often makes them so special. It’s not uncommon for individuals to imagine far off areas from new perspectives or to freeze a beautiful image in their mind. Drones make this completely possible. At their best when it comes to use and performance, drones provide a compelling vantage that captivates viewers and point in a new and creative direction for journalism and cinematography. It’s a completely new direction for media growth and development.

A few of the top drone videos for 2014 are as follows:

1. The forbidden city of Beijing, something that is typically illegal. The photographer who took this video was detained by police after he flew close to government buildings. Fortunately, he was allowed to keep the footage he shot and later offered the world this rare and beautiful sight of Beijing.

2. Second would be a rock fall in northern Italy. Boulders and small rocks tumbled through. This drone footage surveyed the surreal damage in an attempt to raise money for relief efforts.

3. Third would have to be fireworks captured on a Florida beach. Everyone typically enjoys a nice show and the video recaptured this beautifully.

4. Fourth are the busy streets of Hong Kong. Once again, this is something usually more protected and guarded that only a drone could completely capture. Videos such as these ultimately fell in the top ten categories due to their unique angles and aesthetic value or their ability to clarify otherwise mysterious areas.

With such expansive growth when it comes to media its best to keep track of reliable ways to repair equipment especially when it comes to drones. Due to the high capabilities nothing may be necessarily cheap, but affordable repairs offered by A1 Servomotor and the like will allow you to continue monitoring and capturing the impossible.

such new experience to my life from this video

everything is very good in video it’s awesome

Hi,Olukunle Moses……..Thanks to you for sharing this amazing video .
Maximum people think that drone is using only for war field but from this video we watch that we can use every thing in good or bad side .

Imagine this headline appearing a few years back. “Drone videos?!” But really, it’s amazing the shots you can get with these things.

I love the first video. waiting for the day when drones will help us move goods from city to city

This is awesome, as i live in undeveloped country but i am thinking to buy a drone plane for some fun and i love it.

Such a great article this blog is for who those think that drone is just a wasting of money after who ever reading this article they will know that what is real value of drone and it will change there mind.

This video is really good and likable videos.I got more enjoyable experience here.Thanks for all who share this videos.

Really cool video! I love these flying toys.
Thanks to you for sharing this amazing video.